That practice that led to one arrest and the issuance of a number of citations in four separate instances on one recent night. In one instance, citations for an alcohol license violation and contributing to the delinquency of a minor were issued to a shift manager at one downtown bar.

Significant community attention has been focused on the downtown Athens bar scene in recent months. In February, the owners or managers of four downtown bars were cited during compliance checks by the state Department of Revenue’s Alcohol Tobacco Division for allegedly serving alcohol to people under the legal drinking age. As a result, Warren Southall of Boar’s Head Lounge, John Chen of Sandbar, Richard Jordan of Cloud Athens and Jason Leonard of Whiskey Bent have been ordered to appear at the revenue department’s office in Atlanta next month for hearings on the potential suspension of their alcohol licenses.

Prior to the compliance checks, anecdotal reports of alleged discriminatory admissions practices at some downtown bars, purportedly aimed at keeping minorities and homosexuals out of the establishments, prompted Athens Clarke County commissioners to direct the county attorney and the county manager to make recommendations on addressing those alleged practices, possibly by revising local alcohol licensing regulations to make such discrimination grounds for denying, idreddit.com suspending or revoking alcohol licenses.

Magnuson, who heads up the department’s Special Operations Division, which includes downtown operations along with alcohol compliance and traffic enforcement, said the strategy behind having officers spend some time close to downtown bars is nothing particularly new, and is designed for officers “to fly the colors,” letting bars and their patrons know that police are keeping an eye out.

Last Thursday night and Friday morning, in three of four separate instances, officers noted they were standing near the bars where the incidents occurred Cabin Room and Centro on East Clayton Street and Double Barrel on East Broad Street and in the fourth case, the officer reported that he was “on patrol” outside Bourbon Street on East Broad Street. In all but the incident at Cabin Room, officers reported they approached the alleged offenders after seeing them turned away by doormen. Friday at Double Barrel. After a doorman turned a 19 year old University of Georgia student away for showing an apparently fake ID, fake id generator the officer approached the student and asked to see his ID. The male student, who had a strong odor of alcohol on his breath, according to the police report, told the officer he left his wallet in another downtown bar, and then gave the officer a 1994 birthdate. When pressed, the student said he was actually born in 1996.

During a subsequent search of the student, the officer found a fraudulent Connecticut driver’s license along with a Georgia driver’s license showing his 1996 birthdate. The student was then charged with possession of fake identification and underage consumption of alcohol and taken to the Clarke County Jail. Friday, a 20 year old UGA student was cited for underage drinking after he was turned away from Centro. “I saw the door guy refuse a white male after looking at his ID this usually happens when the person has a fake ID or shows their real ID and are underage,” the officer wrote in his report.

The officer subsequently asked for the student’s ID and found that it was not fake, but the odor of alcohol on the student’s breath was enough for the officer to issue him a citation for underage drinking, best fake id sites according to the report.

Late Thursday night at Cabin Room, an officer approached a 19 year old man after seeing him throw a cigarette butt onto the sidewalk. The officer asked to see the man’s ID. The man, who was drinking an alcoholic beverage, said he didn’t have one, but he admitted to being under 21.

Asked how he got the alcohol, the man told the officer he worked at the bar, although he wasn’t working Thursday night, and had gone inside and made the drink himself. The officer asked to see the shift manager, later identified as 23 year old Gregory Samuel Paulette of Atlanta, and cited him for an alcohol compliance violation and contributing to the delinquency of a minor.

The 19 year old was subsequently cited for littering and underage drinking, fake id according to the police report.

In the other incident attributed to police being near a downtown bar last Thursday night and Friday morning, an officer cited a 19 year old man for underage consumption of alcohol after seeing him get turned away by a Bourbon Street doorman.

The 19 year old presented the officer with a driver’s license where the last digit of the birth date was taped over with a new date, but no citation was issued in connection with the fake ID. 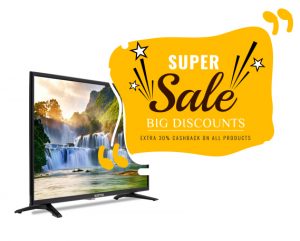